A father called Child Find because his 16-year-old daughter was last seen getting into a car with his ex-wife’s former boyfriend of 11 years. The father believed his daughter to be in danger as the former boyfriend was said to be distraught over the breakup. The father also feared he had “a very unhealthy attraction” to his daughter. The Child Find caseworker first confirmed the father had been in contact with local and federal authorities. The caseworker then spoke with the missing teen’s mother who confirmed that her daughter was picked up by the man in question on her way to the school bus. The mother reported that her daughter had taken with her neither money nor clothing. Her ID card was also left behind. The mother went on to provide some extremely disturbing history. The man had broken into her home only a few weeks earlier and held the family at knifepoint, demanding that the girl leave with him. The teen eventually ended up going with the man and returning 3 hours later. Shortly thereafter the man had attempted suicide.

The mother supplied the caseworker with additional background she had gleaned from local enforcement concerning this latest incident. She was told her daughter and the man had recently visited his own mother and had spent time on the woman’s computer looking up information on campgrounds. The police also informed her that the man’s mother and sister had used his ATM card which indicated they may have been helping him avoid detection.

The teen’s mother provided the Child Find case worker with names of the campgrounds her daughter had been searching. In turn, the caseworker sent out posters to businesses within close proximity. All information obtained by Child Find was immediately shared with law enforcement in an ongoing collaboration. The Child Find caseworker was notified through an email from the girl’s relieved father that the teen had been located by police:

[My daughter] has been found and is in custody with the sheriffs! We are going to get her. Thank you sooooo much for all of your help! We believe you are a big reason she is home! I cannot thank you enough!”

The man who had run off with the teen was taken into custody and the girl was picked up by her father and his current wife. The father was given a temporary emergency custody order. The father told his Child Find caseworker that all family members would be heading to counseling. He relayed that his daughter had opened up to him about having gone willingly with her mother’s ex-boyfriend – and that she was relieved to be moving to New York to join her dad, brother, stepmom, and half-sister. 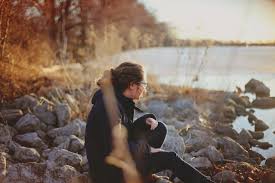