Child Find received a call from George” a single dad with a 12-year-old son in his care. George had some legal problems and didn’t have a clue how to get through the system alone. George stated that over the years he had been working hard to recover from drug addiction and maintain steady employment in order to focus on raising his son. George acknowledged that during this time he had been ignoring support orders for a mother and children who were living apart from him. Late payments had piled up to the point where George found himself $90,000 in arrears and facing possible jail time as recommended by a social services attorney. At his court hearing, George was ordered into the Parent Success Initiative (PSI) of the New York State Fatherhood program which refers many cases to Child Find.

Child Find’s caseworker coordinated a 4-point plan, collaborating with George and the PSI caseworker. The plan involved completion of the PSI classes; continuing to be employed full-time; fully complying with child support, and petitioning the court for modification of child support. Our caseworker reviewed with George his options on ways to proceed.

With George’s consent, Child Find spoke with his employer about garnishment of wages. We reviewed the garnishment order and saw that George had time to file for modification. George was able to get a pro-bono attorney through working with Child Find & PSI. Child Find coached George on courtroom etiquette and presentation protocol. George was able to put a focused case before the judge and present the proper paperwork. Consequently he received a conditional discharge on his criminal charge of failure to pay child support. The court ordered that George must continue to work with PSI, make his child support payments per child support enforcement, and follow through with his support modification case. George is eager to comply, relieved and grateful that he is able to remain at home and parent his son.

Fred called Child Find reporting that he had been incarcerated for three years during which time he had been receiving letters from his children. He wanted to see them upon his release, but didn’t know where they were living or how to go about arranging for visitation.

The only leads Fred could provide Child Find with were the postmarks on the correspondence his children had been sending. Through our location service the Child Find case manager was able to come up with a current address even though the family had relocated several times.

The Child Find caseworker reviewed Fred’s case for visitation options and developed a plan with him and his caseworker from the STRIVE program in NYC. The result was that Fred would be requesting supervised visitation. The caseworker also coached Fred on courtroom procedures and his right to have a lawyer if necessary. 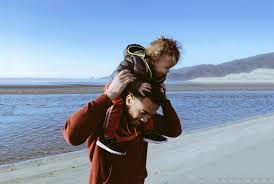