Xavier called Child Find 3 months after his release from having been incarcerated for 13 months for selling narcotics. He expressed to Parent Help two goals: to be able to see his daughter, Zoë, and to eventually pursue avenues for gaining joint custody with Zoë’s mother, Yvonne. Xavier and Yvonne lived together for 3 years and then separated. Though they never married, Xavier’s name is on Zoë’s birth certificate. 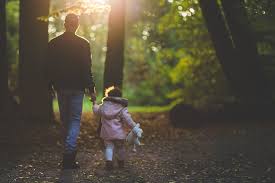 Xavier stated that while in prison, he had been taking full advantage of the programs available – attending Narcotics Anonymous, counseling, fatherhood groups, and court-ordered anger management group. Xavier gained a lot of insight from his programs and wanted to apply his new skills  to the situation with Yvonne, who was not open to speaking with him yet. He described his relationship with Yvonne as having been cordial after the breakup – up until Yvonne learned that Xavier’s new girlfriend had become pregnant. Xavier believed Yvonne remained bitter over his relationship and the lack of child support resulting from his incarceration. Furthermore, Xavier had been in touch with Yvonne’s family, who told him she moved to another city.

Since his release, Xavier had been in a workforce re-entry program and hoped to soon be able to make support payments. In order to re-establish visits with Zoë, he was hoping Child Find would locate Yvonne so that he could try speaking with her again. Xavier’s caseworker explained Child Find’s location services and the Parent Help program process. While Child Find will not disclose locations nor share personal information between parties due to confidentiality and safety concerns, there were two options available to him. First, Xavier could request that Yvonne’s family forward a message to her for him. This way, if a risk to her safety existed, Yvonne would have the opportunity to enact any safety plan she has by way of supportive family members. Xavier’s second option would be for Parent Help to contact Yvonne through a family member. Parent Help would then also be able to offer assistance to support safety if Yvonne were to disclose concerns.

Xavier said he proposed both options to Yvonne’s family and gave them information about the Parent Help program. A few weeks later, Yvonne called Parent Help and was able to share her concerns about Xavier and reintroducing him to their young child. Child Find was able to help share the options on how to go about the process. Eventually Yvonne decided the use of a therapist for a slow and thoughtful reunification would be in Zoë’s best interest. She also felt it would help in rebuilding a civil working relationship with her former partner. Both Xavier and Yvonne felt comfortable and optimistic that this would be a positive first step in sharing in the care and love of their child while living apart.