Cathy called Child Find seeking help in finding her 13 year old son, Chad, who had been abducted by his father, Michael. At the point in which she began working with Child Find, her local court in Virginia had already issued her an emergency order granting her full temporary custody of Chad under an order of protection, as Michael had a history of substance abuse and domestic violence. To make matters more complicated, she had heard rumors of there being another custody case started in New York, though she had not yet been served with any paperwork. She wanted to know more about her options and if Child Find could locate Chad for her. 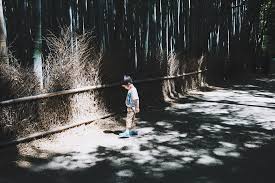 Cathy and Michael were married in Delaware in 2005 and separated in 2008 after Cathy was awarded a Protection From Abuse order (PFA) from Family Court. Shortly thereafter, Michael relocated to New York and Cathy to Virginia.

Michael was aware of Cathy’s move and initially had no issues with it, being able to maintain communication with Chad. However, after some time passed and the PFA had expired, Michael began to fall behind in child support payments eventually accruing significant arrears. At this point, Michael arranged for a visit with Chad at which time he abducted the child back to New York.

Cathy was able to get an emergency protection order which granted her full temporary custody of her son – however, she was unable to locate Michael. Child Find stepped in, located Chad and Michael, and provided Cathy’s attorney with the address for the sole purpose of serving the order.

But the fight wasn’t over. Cathy then found herself caught in a legal situation faced by many left-behind parents — both parents filed their cases in their separate states of residence, and there was disagreement concerning the proper jurisdiction to handle the case. The Uniform Child-Custody Enforcement and Jurisdiction Act was created just for such situations, and outlines the process for determining which state has “home state rule.” Typically, a state in which the child has a “significant connection” and/or has resided for longer than 6 months has the authority to claim home state rule, but there are some exceptions.

Cathy worked with her attorney to remedy this situation immediately. Soon thereafter, she emailed her caseworker with an update:

I haven’t had a chance to touch base with you since my court date in NY over the phone. It went well. [The NY judge] requested to speak to [the VA judge] concerning jurisdiction… [The NY judge] also had Michael agree under oath to accept the papers I have been trying to get him served so he can show up to court down here. I sent it next day express and received delivery confirmation. I am very excited.

I cannot tell you how much I appreciate your time and dedication. You, not a lawyer, were the first one to tell me about home state. That was pivotal…I know I have a court date on Wednesday but I am already celebrating! I’ll let you know how it goes.

And in the end, it went well! We’re happy to share that Cathy was reunited with Chad in time to ring in the New Year as a family once again.