Alan left Caryn when they discovered that she was pregnant. When their son, David, was a few months old Caryn and Alan managed to come up with an agreement for Alan’s parenting time. However, he did not take advantage of his time with his son, nor was he contributing financially to David’s care.

Parent Help discussed Caryn’s options with her. The caseworker sent her materials developed by Parent Help that outline the types of discussions a parenting plan would involve. The caseworker also discussed the possibility of mediation, particularly since Caryn did not feel comfortable about going to court for a resolution. 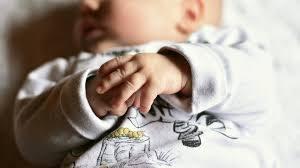 After going over the Parent Help packet, Caryn stated she had a good sense of what would be involved in the coming discussions, and she asked her caseworker to reach out to Alan. The caseworker was able to have a conversation with Alan shortly thereafter, and he confirmed what Caryn had shared; he was suffering from what both described from low self-esteem and depression. In addition, Alan was feeling overwhelmed by having to care for his ailing mother. While Alan wanted to be involved in David’s life, he was hesitant because he feared one of Caryn’s core interests in the reunification was also a resumption of their romantic relationship which, he deemed impossible. Alan stated that he had trouble holding down jobs, and had little optimism that things would work out well.

Over the course of the next 8 months, the Parent Help caseworker worked the parties through their challenging moments, and shared in some of their celebratory ones as well. Caryn reached out to Parent Help, during this period, also asking for assistance on parenting a toddler. She was given resources and helped to understand the developmental challenges of a child David’s age.

At one point – after things were going quite well and their communication was facilitated in a positive way – the parties experienced a setback. An argument ensued after Alan’s mom passed away, and Alan pulled away once again. David, who had bonded strongly with his father, was hurt and confused now that his parents had returned to their unfortunate pattern of disengagement interrupted only by moments of great hostility.

Caryn again asked her caseworker for options. At this point, she had filed for child support with the courts. Alan re-connected with Parent Help, and the conversation began moving toward a resumed peace. Both Alan and Caryn were in contact, separately, with the Parent Help caseworker. After reassurances, skill-building and listening, Caryn and Alan again began to talk. They were asked to hear one another’s concerns and goals, which eventually led to a reunification of Dad and son.