Missing children’s cases don’t often end tidily like a movie. The impact of parental abduction can have lasting negative effects on a child, and a parent’s effort to stabilize life is a messy affair. This story is no different, though its ending does offer us some hope and inspiration.

Michelle opened her case after she had not seen her daughter for 2 weeks.  Addison had stayed with her father, Derrick, for the 4th of July holiday weekend and did not return to home from North Carolina as planned. Michelle’s ex-husband Derrick had suddenly blocked all methods of communication and access to Addison, including phone, email, and social media. Michelle, who lived in Maryland, had only received a single ominous text message from Derrick – “The custody order has expired. There is nothing you can do about it. Leave me alone.” 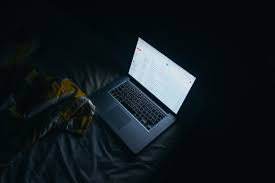 The Search for Addison

Michelle’s concern grew to panic when, after she called the police to request a welfare check, she learned from the police that they were already aware of the residence. Police had received a recent complaint from a neighbor about a foul odor. Police had obtained a warrant to enter and not only was the apartment empty, they discovered that Derrick had abandoned the household pets, leaving them to die. What followed was a scrambled but unrelenting effort by Michelle to locate her daughter. She worked with Child Find in this effort – discussing her options, gaining information, and finding support throughout the experience.

Michelle knew that Derrick could have been anywhere. As someone who studied computer science and considered himself a “hacker”, Derrick was good at covering his tracks. She knew he had a network of friends, made available through what she later learned was an illegal online music-sharing website. In addition to Derrick’s computer skills, he was unpredictable and possibly dangerous, as not only had he been violent with Michelle in the past but had a history of stalking, mental illness, and substance abuse. Without his medication- which he had left at home- he would sometimes hallucinate. All this had been brought up in court, but the divorce decree ruled that visits were to occur.

Hiding in the Dark Web

Michelle worked with Child Find to navigate challenges with law enforcement, who ultimately issued a warrant for Derrick’s arrest for custodial interference. After much deliberation, Michelle connected with a detective who learned Derrick had abandoned the car and stayed at a hotel, some 3 states away. Video surfaced from surveillance cameras at a local Walmart, then again at an animal shelter where Derrick abandoned the family dog. For some time, the trail went cold. Then Michelle received a random email from Derrick, stating that he would return Addison if she were to give him full custody and terminate child support. Law enforcement considered this to be extortion and increased efforts. However, they were not able to trace the source of the email as it had been sent through the dark web, an underground encrypted network of websites that are hidden from traditional search engines and browsers.

Despite his efforts to remain underground, Derrick was eventually found with Addison in Oregon. US Marshalls arrested him and placed Addison in temporary care of Child Protective Services. Michelle immediately flew out to bring Addison home, who was reportedly healthy. In the aftermath, Michelle was been told by investigators that Derrick had been living in motels and was trying to make money through the dark web by shipping drugs through the mail. Addison had been told by Derrick that they were on “vacation” and that her mom said “it was her plan”. Since the flight home, Michelle has been doing her best to stabilize life again and has connected Addison to counseling.