Ted, 20, was excited to be connected with his Parent Help case manager after calling the National Responsible Fatherhood Clearinghouse’s 4DAD-411 toll-free hotline (877-432-3411). Ted had been struggling to create a satisfactory co-parenting plan with his ex-girlfriend Janette, the mother of their only child, Danny. He contacted Parent Help to assist him in seeing his one-month-old son more often. At the time, Ted was home on summer break from college, where he was a full-time student several hours away from his child. He was frustrated that Janette was uncomfortable with him having time alone with their son.

There were no ch 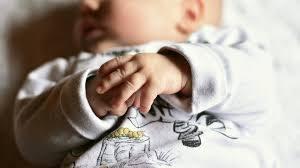 allenges regarding paternity, as Ted was present for the birth and was on Danny’s birth certificate. Ted checked with several attorneys and was told that court-ordered overnight visits, given the distance of his college and the baby’s age, were unlikely. He then feared that his son wouldn’t know him because he would be returning to school shortly.

Ted’s Parent Help caseworker discussed his short- and long-term goals at length, helping him understand the benefits and possible ramifications of each choice before him. Ted and his caseworker also discussed relationship counseling and information on his legal options. After their conversation, Ted’s caseworker followed up with an email containing Child Find’s Parenting Apart tool kit and links to information about mediation and navigating the appropriate court procedures.

Several weeks later, Parent Help checked in with Ted, who stated he was grateful for the all the info he received. He shared that things have gotten better, and he was able to see his son more and under much improved circumstances.