We’ve had some cases that are stark reminders of the differences in global practices and traditions as to how children are to be raised. I’ve spoken with many parents with children born and raised in the USA, but fearful that the other parent is planning to abduct the child to his or her country of origin.

One mom was dealing with a situation where dad was a powerful, influential figure in the USA. She discovered that he’d purchased land in the African town in which he’d been born, and that his family members were preparing their 11-year-old daughter for a “secret” trip to dad’s place of birth. It became evident, through her efforts to learn more, that her daughter would be sent off without her knowledge or permission, for a female circumcision ceremony and likely to be kept abroad by extended family.  Mom was overwhelmed and felt almost powerless to stop this from happening. 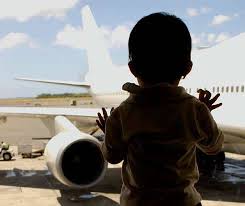 We handled a similar situation for a mom who was told that dad would be returning to his homeland to take his position as chief of his native tribe; dad was next in line after his father’s and brother’s deaths. This dad was to inherit land, wealth, power, as well as his brother’s widow as property. Apparently, dad had been secretly planning to take their American-born young son with him, and mom was desperate to stop this from happening.

Another all-too-common situation that comes to mind when considering these cultural differences involve cases Child Find has opened for parents who’ve learned a child is going to be abducted and given to extended family to raise. In several places around the world, it’s common practice for a child to be reared until a certain age by grandmother, for example, without the biological parents’ involvement – again, a challenging situation where prevention is the only real hope.

They’re tough cases, since these parents who are planning abductions are careful not to document their plans. While we tell people to trust their instincts and assure them we take their concerns seriously, it may be very difficult for them to successfully convince a court that prevention intervention is necessary.