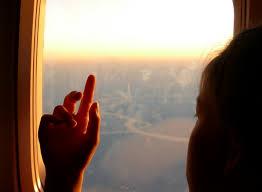 As a Spanish-language case worker, many of my callers have strong ties to Mexico and other foreign countries, so it’s important to keep in mind the risk of international parental abduction.  When the abduction has already happened, options are more limited.  Many Spanish-language callers are also undocumented immigrants, which limits freedom of movement and—as they may perceive it—their access to the legal system.

One recent caller was a mom from the Dominican Republic who had lived in USA for more than ten years, but was undocumented.  She met a man from India—also undocumented—a few years after her arrival; they had a baby and lived together for two years.  One day, dad wanted to take their daughter along to visit friends.  He told mom that he would be back late that night, but they never returned.  He called early the next morning from the airport, but only to say he was going back to India with their daughter, because he wanted her to be raised by his mother in his family’s faith.

Dad had promised to keep mom in touch with their daughter by phone—IF she agreed not to report the abduction in any way.  At that moment in time, facing such a challenging situation, she may have thought that going along with this plan was her only option.  Over the years, however, contact became less and less frequent until finally her daughter couldn’t speak enough Spanish or English to communicate with her mother.  By the time our caller contacted Parent Help, it had been seven years since the abduction, so even if the Convention applied (and it didn’t, because India is not a contracting state), her daughter would have been considered settled in India.

What could our caller have done in terms of prevention?  Dad had been able to collect all their daughter’s documents with him, including her passport.  Sadly, it was mom herself who had obtained the U.S. passport for her daughter.  She had obtained both U.S. and Dominican passports, in fact, because she wanted her to have dual nationality . . . but her daughter had now lost connection to both of those nations.