I think a lot of folks have the impression that international parental abduction is largely a matter remedied through the legal system. While it’s true that a solid court order can greatly reduce the risks, it often does little to assuage some parents’ concerns over that nightmare occurring, especially since restrictive family court orders so often are only temporary.

One such case that comes to mind involves a mother of 2 children who had been successful in convincing the judge there was a risk of their father abducting them to Kenya, a country not party to the Hague Convention. The children’s father – who was born in Kenya and studying to become a doctor – captivated our caller with promises of sharing a new life together in the USA. They had met online and got along very well. She reported that she only came to learn more of his true nature after they married and moved in together in her home state of Virginia. 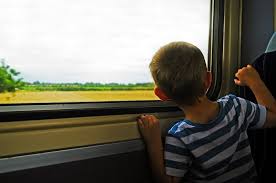 When our caller’s relationship with her husband broke down due to domestic violence, he and his family made several explicit threats to take the children back to Kenya against her wishes. These concerns were brought to the attention of the court and the final court order was restrictive, allowing Dad only supervised visits and that they be contingent upon surrendering his passport on each occasion.

Years later, Mom called Child Find upon learning of Dad’s plans to remarry in Kenya. He had recently petitioned the court for unsupervised visitation as well. Mom also learned that he may have been granted Kenyan passports for himself and the children due to dual citizenship. Her fear of abduction was sparked all over again.

Only in the worst of cases does a family court order restrict a parent’s access to his/her children indefinitely. In cases of international parental abduction, the offending parent often remains part of the children’s lives through the court order, and supportive connections in that parent’s country of origin can strengthen in the face of legal challenges. Child Find’s role here is preventive, usually involving discussion about red flags and practical steps that can be taken to address them.  In this case, the caller must remain aware of the risks on a daily basis while maintaining the semblance of a secure and stable environment for herself and her children. She is accomplishing this through the involvement of friends, family, school and church officials in her evolving safety plan – as well as with ongoing support from Child Find.